Living in BARCELONA, Adrian is a mixture of various nationalities who formation took place all over Europe. He spends his life avidly accumulating experiences; among other things he is  a comedian, an actor and a   circus & street theatre director. Adrian Schvarzstein is a very energetic entertainer-showman!  he also acts and sings in operas and baroque music companies,  however in one facet stands out particularly: by mixing all those disciplines in one show!

After a spell with the Belgian circus Ronaldo he created Circus Klezmer that has toured for 12 years.  Street theatre as The Greenman, The bed, Dans and recently Arrived are touring all year long.  He created KAMCHATKA, a theatre group that bases his creations on the theme of emigrants.

With one very important aim:  to make the spectator a highly amused participant.

Chaos surprise and provocative innocence, there are just some of the arms Adrian Schvarzstein has used to triumph in theatre and festivals all over the world, from Ireland to Cameroon! 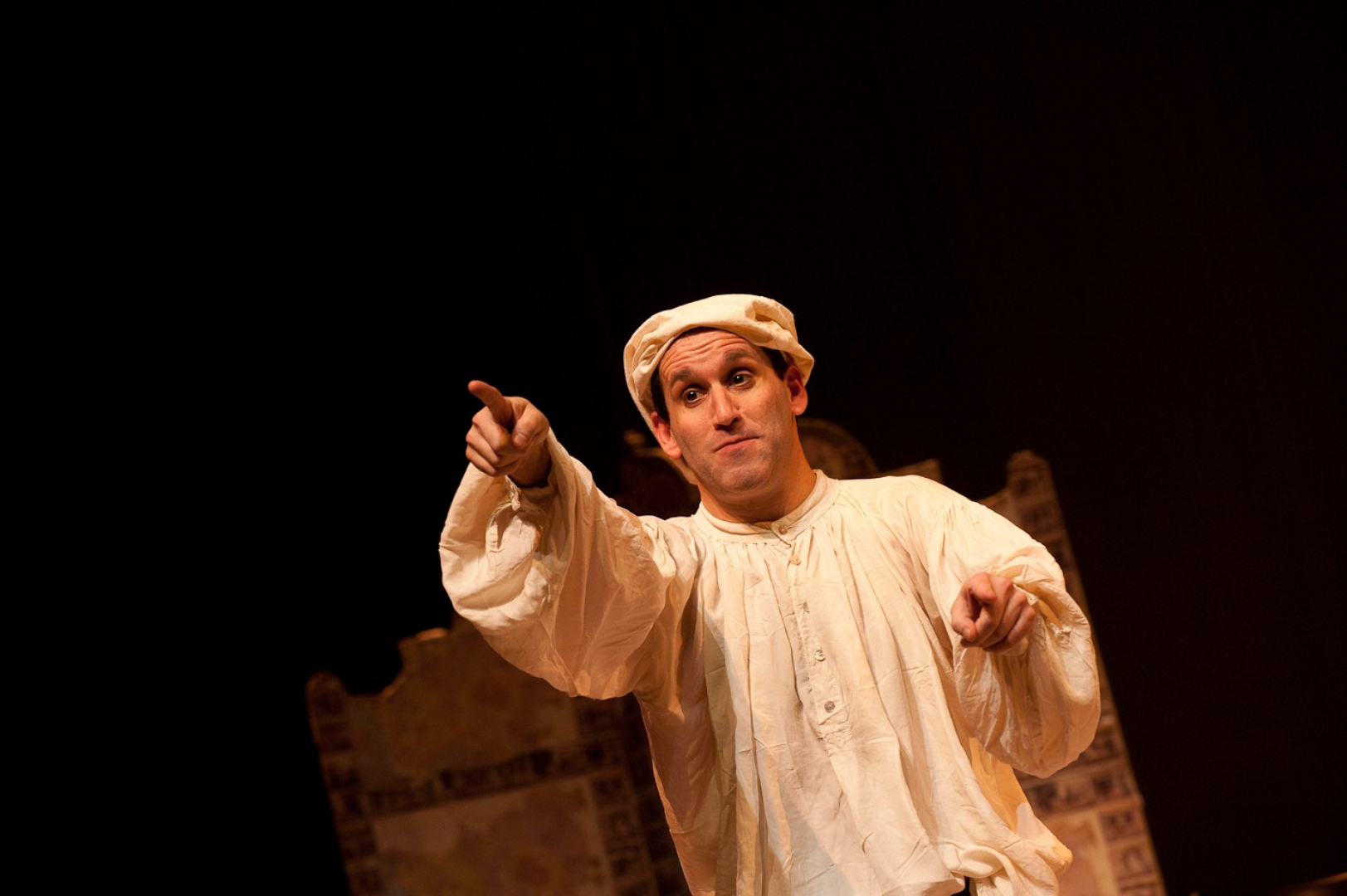 Some of his prizes :